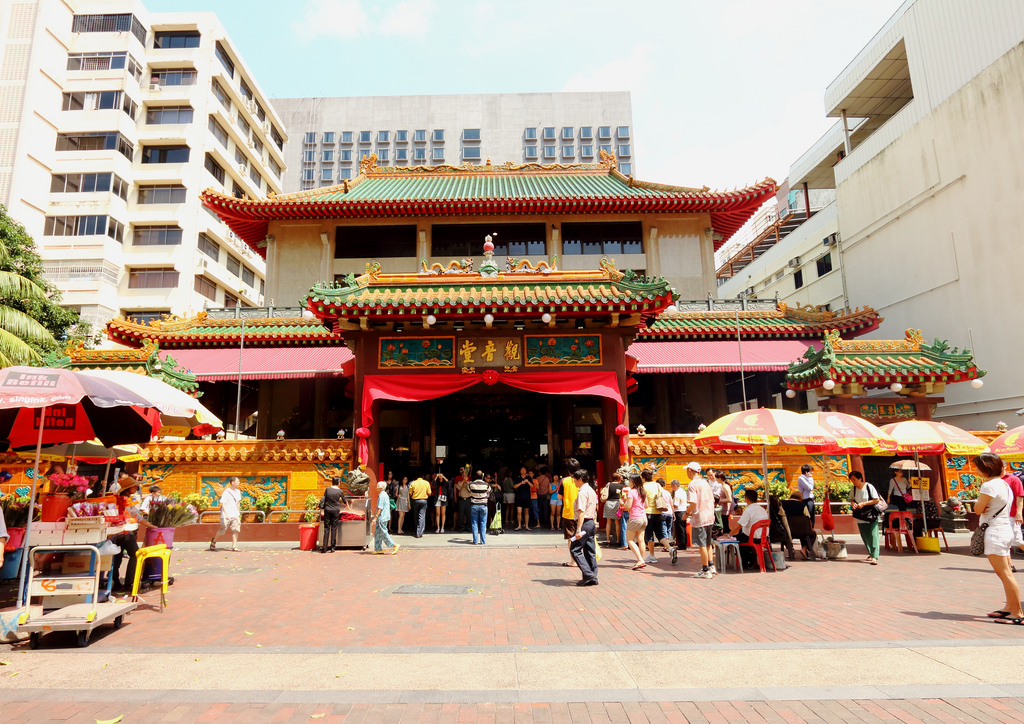 Posted at 03:10h in Worship by cityhall

Kwan Im Thong Hood Cho Temple, located on Waterloo Street, is a popular place of worship for devotees of Guan Yin, the Chinese goddess of mercy. Built in 1884, it is one of the oldest Buddhist temples in Singapore and a hallmark of late-19th-century Chinese temple courtyard architecture. The temple is known for its philanthropy.

Kwan Im Thong Hood Cho Temple first started as a temple dedicated to the goddess of mercy, Guan Yin. Other deities found in the temple include Ta Ma Tan Shith (or Da Mu Tuo Shi), chief of the six Buddhist patriarchs; and Hua Tuo, a Han-dynasty doctor who is the Chinese patron saint of medicine.