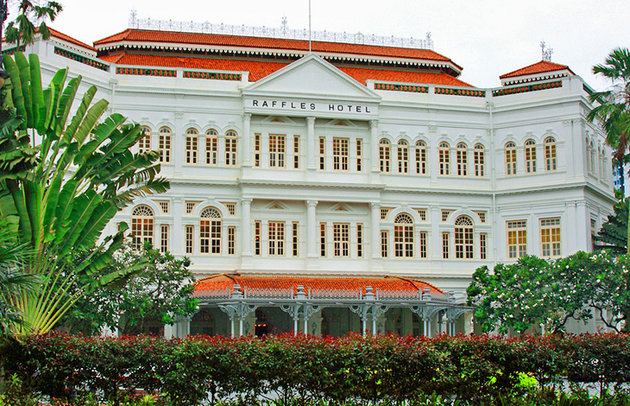 Posted at 05:33h in Heritage by cityhall

This colonial building is one of the world’s last grand 19th century hotels, and was once visited by literary luminaries such as Rudyard Kipling and Joseph Conrad, as well as movie star Charlie Chaplin. Built in 1887, the Raffles Hotel has served as a Singapore landmark for well over a century and continues to live up to its tony reputation with excellent food and service. The classical architecture and tropical gardens provide a refined setting, and represent another facet of Singapore’s varied and rich history.

The Raffles Hotel is located in Singapore’s Colonial District, also home to several other historic sites. Among them is the Raffles Landing Site, where Sir Stamford Raffles is said to have stepped ashore in 1819. The story has it that he saw the small fishing village but recognized its potential as a port, so he purchased the land from the Sultan of Johor and invited Chinese and Indian immigrants to move there. And so the seeds of Singapore’s multi-ethnic identity were sown.